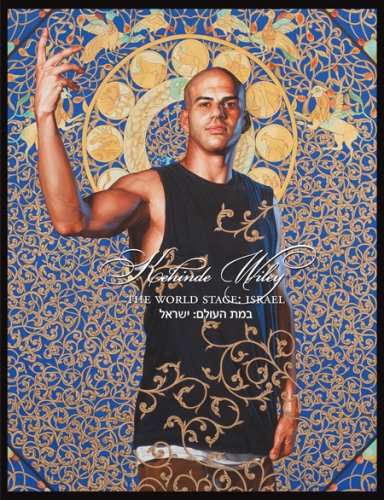 Kehinde Wiley’s acclaimed World Stage series inserts into the language of old master portraiture the very ethnicities and ethnic iconography that western art has most excluded from it, or that western art has portrayed solely in colonial, Orientalist terms. Among the countries and continents he has previously depicted in this ambitious traveling epic are Brazil, Africa, China, India and Sri Lanka. The rhetoric of Wiley’s paintings is powerful in its compositional candor, color palette and playfulness with constructions of visual meaning; as Paul D. Miller (DJ Spooky) notes, “Wiley’s canvas surfaces are a mirror reflection of America’s unceasing search for new meanings from the ruins of the Old World of Europe and Africa.” This volume includes a selection of new World Stage portraits, focusing on contemporary youth from Jewish-Ethiopian-Israeli, Jewish-Israeli and Arab-Israeli communities.

Ruth Eglash is a senior correspondent for The Jerusalem Post, Israel. Her articles focus on a wide range of topics, including the social-welfare struggles of Israel’s citizens and ethnic minorities, as well as the challenges of its populations. Eglash was the first co-recipient of the United Nations Alliance of Civilization and the International Center for Journalists X-Cultural Reporting Award for her cross-border reporting about the dismal state of relations between Israel and Jordan 16 years after peace was signed. 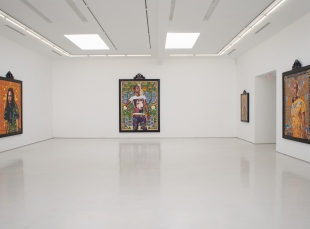