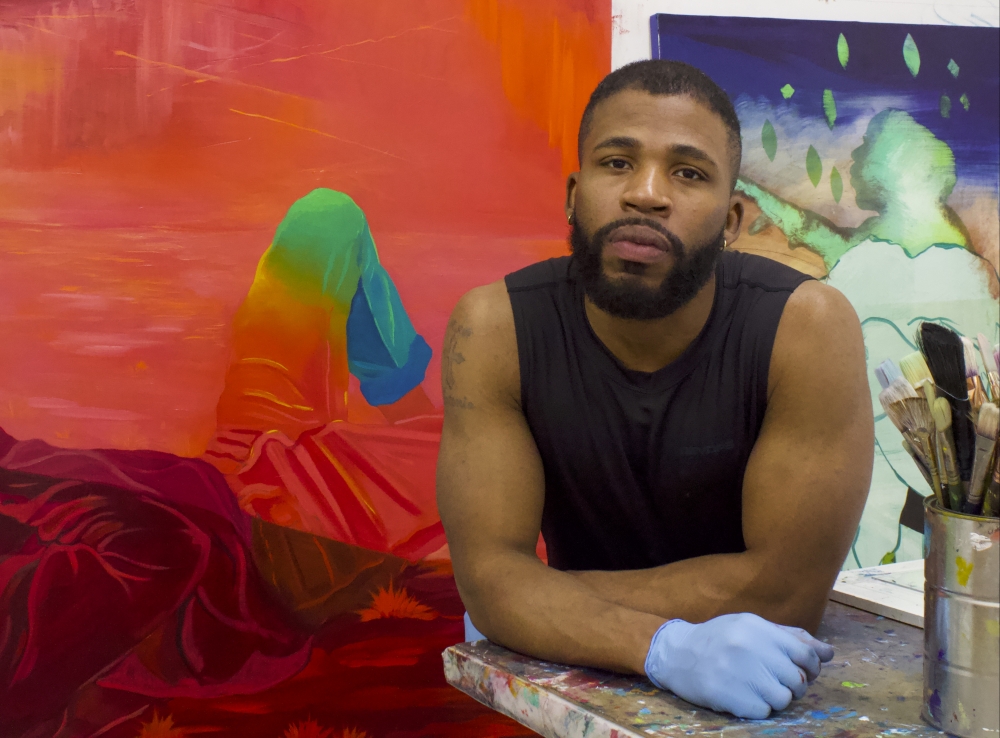 Drawing loosely upon a tradition of contemporary mystical realism, Dominic Chambers creates paintings that immediately reference literary narratives cited in books, various mythologies and Black history, both in its oral tradition and written account. His current practice is invested in exploring Black introspection, the Black body, and the construction of lived Black experiences, as seen through moments of quiet contemplation and meditation, reading, leisure, and the camaraderie between friends. An avid reader since childhood, literature and the dialectics of language continue to play a major role in both his life and work.

In his psychological figurative paintings, Chambers builds a relationship between history, painting, and the imagination to center his respective ideas of where and how to find joy through respite, one that is both real and longed for.

His most recent series, inspired by Modernist Josef Albers, expands upon the investigation of color theory established by Albers and introduces the figurative subject to create a new discourse around identity and perception. As with his "Primary Magic" and “Wash” paintings, Chambers’ atmospheric landscapes defy characterization by means of their transformative power over his subjects. The end-result are paintings of spectacular visuality and, relatedly, mediated pursuits defined by their optimism.

Born in St. Louis, Missouri in 1993, Dominic Chambers currently lives and works in New Haven, Connecticut. He received his BFA from the Milwaukee Institute of Art and Design in 2016 and later, his MFA from the Yale University School of Art in 2019, where he studied painting. Chambers has exhibited both in the United States and internationally, including Luce Gallery, Turin, Italy; Philbrook Museum of Art, Tulsa, OK; MIAD Contemporary Gallery, Milwaukee, WI; August Wilson African American Cultural Center, Pittsburgh, PA; and Roberts Projects, Los Angeles, CA. Upcoming projects include a solo show at Luce Gallery, Turin, Italy. He has also participated in a number of residencies including the prestigious Yale Norfolk Summer residency in New Haven, CT and the New York Studio Residency Program in Brooklyn, NY.

A comprehensive survey with the artist is planned for 2022, and a catalogue will be published by Roberts Projects in conjunction with the exhibition. In association with Luce Gallery, Turin, Italy. 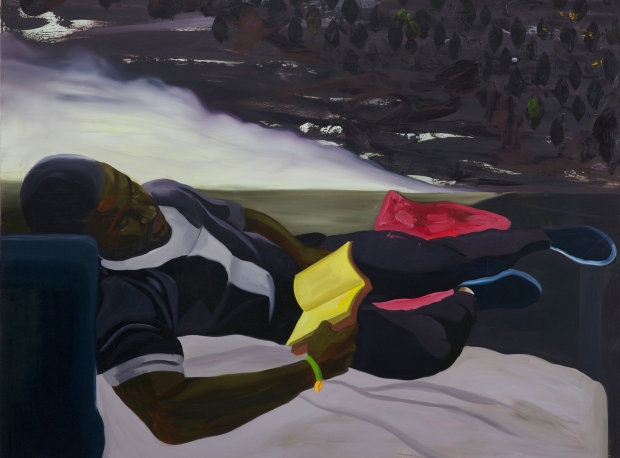