Known for his surreal paintings of soft figures caught in moments of contemplation, Lenz Geerk’s new series The Table Portraits raises questions about possession, distance, observation, and the participation of one’s own image. Geerk creates psychologically charged paintings that are removed from any specific time or place. Emphasizing his subjects in such a way as to draw out the hidden emotions of the human psyche, Geerk depicts people at the threshold of excitation and in the throes of exploration. With postures and gestures a fiction of representation, Geerk imagines how a certain fragile moment, derived from neither model nor photograph, can instead be expressed through atmosphere and body language. The nearly monochromatic palettes, only occasionally warmed by other colors, adds to the aura of emotional tension. 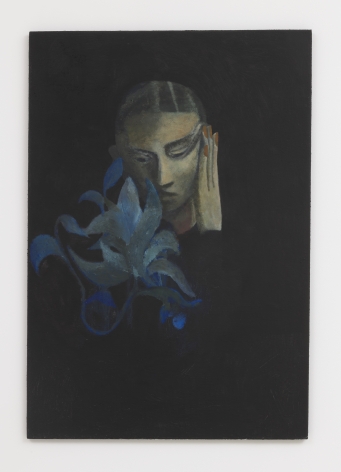 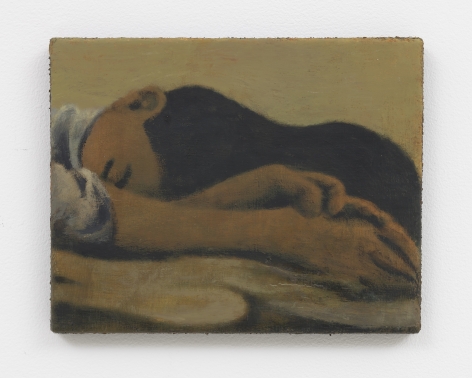 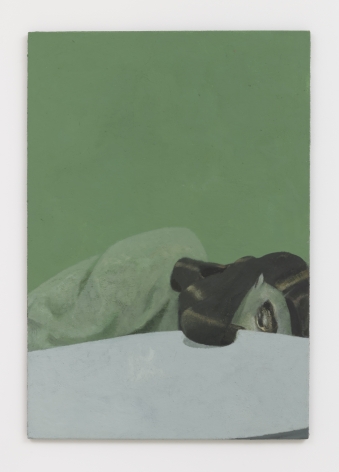 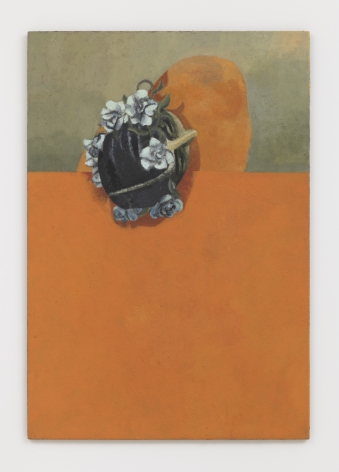 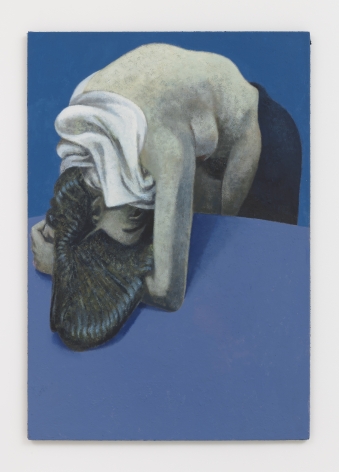 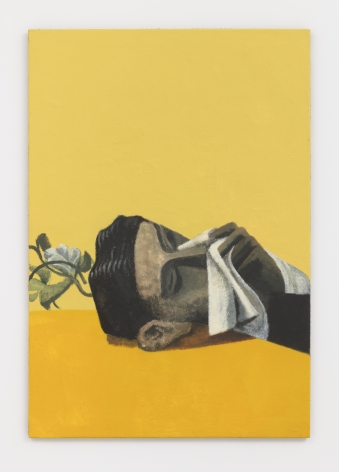 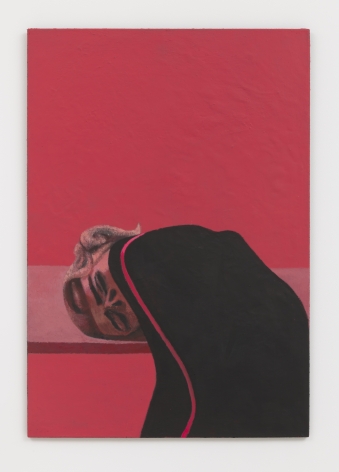 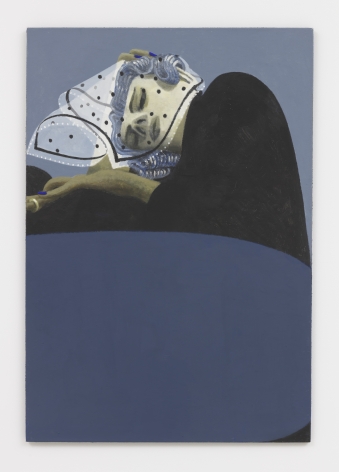 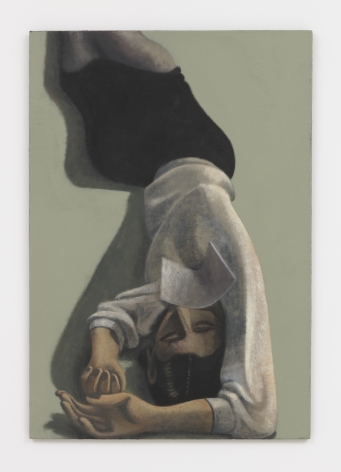 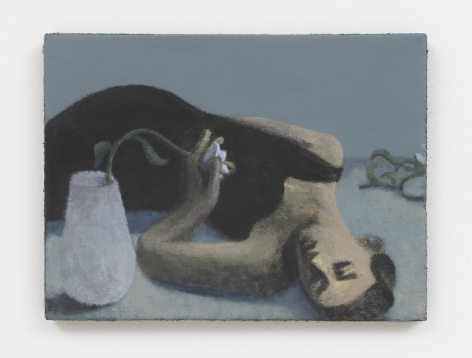 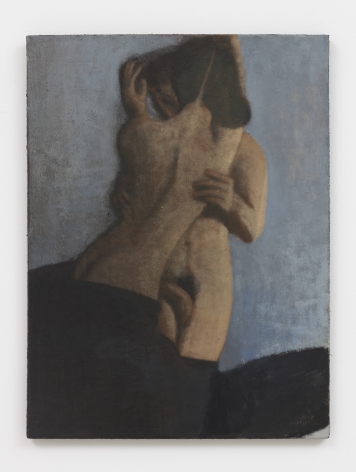 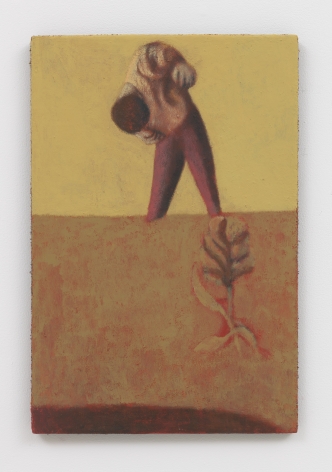 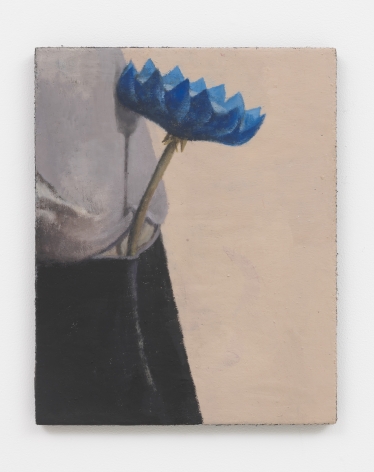 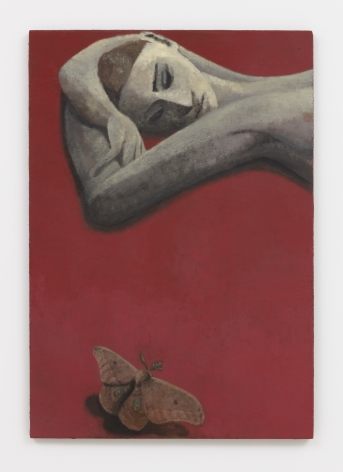 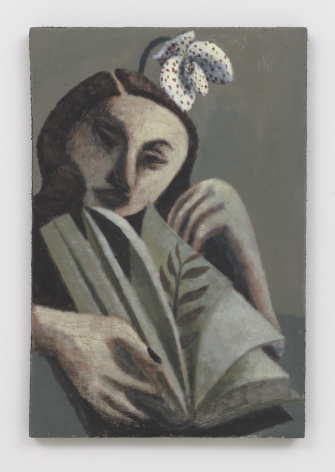 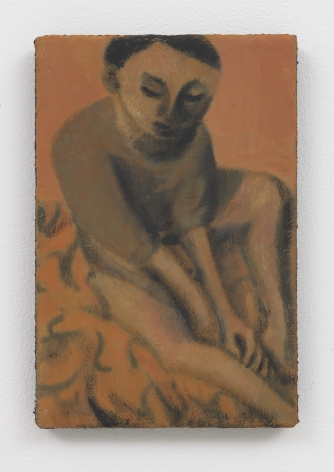 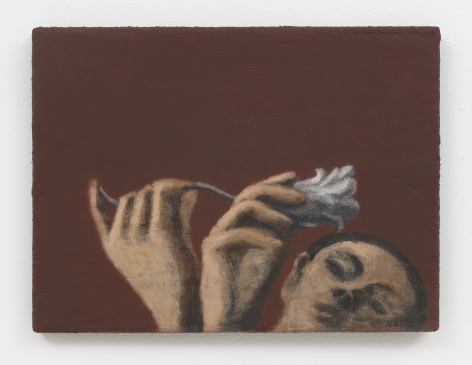 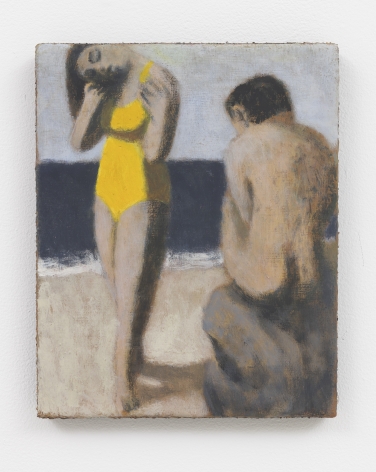 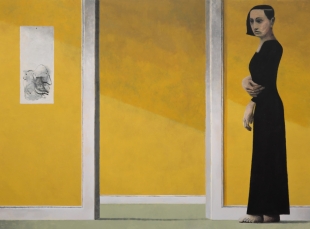 Lenz Geerk
Artillery
Lenz Geerk: A Glance in Place of a Smile November 6, 2018

The paintings of Lenz Geerk are unprepossessing and quietly sublime, his figures poised inside singular moments of divine inscrutability as they consider the world around them, whether it be a dying flower or the pointed edge of a table. This sense of veiled mystery could be said to denote a distinctly German sensibility as there are obvious connections with artists like Ludwig Kirchner and Rudolf Schlichter, yet it is Geerk’s celebration of the mundane—the passing moment, an ominous glance that lingers in place of a smile—that makes his work so memorable. There is a sense of timelessness at work here, as though each figure were cradled inside an ever-expanding universe of nothingness—a strange and incontrovertible paradise wherein a kitchen table becomes a makeshift stage onto which Geerk’s human narratives play out.

The paintings in Lenz Geerk’s exhibition The Table Portraits at Roberts Projects often picture figures who have suddenly, seemingly, fallen asleep, perhaps from lack of oxygen. The bouffant-ed heroine of Table Portrait III (all works 2018) doubles over from a standing position, her back knotty and arched. A similar narcolepsy afflicts Geerk’s figures in The Moth, as well as in an untitled work featuring a languid woman curled up by a single-stem vase. The rather thick substrate of wool on which Geerk paints adds to the at first soporific, blanketing effect.