Roberts Projects is pleased to announce its first solo exhibition of mixed media paintings and works on paper by Iranian American artist Ardeshir Tabrizi. Tabrizi’s hand-embroidered textile pieces address the intersection of cultural renewal and historical understanding of heritage in contemporary society. This new body of work is a personal journey in search of the artist’s own nationalistic identity, while understanding the role of these physical places in the cultural, geographic and political landscape of today. Taking inspiration from oral history, mythology, literature, and his family’s travels, Tabrizi’s work resonates with his own personal discovery and reconnection with the changing social landscape of Iran at home in Los Angeles. 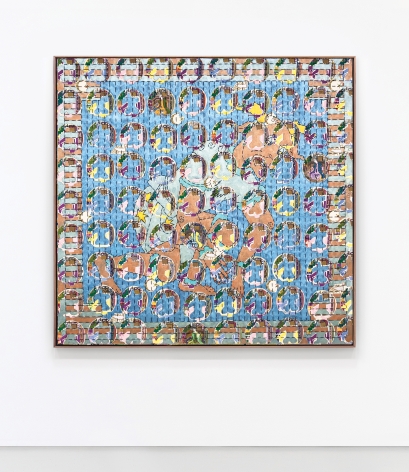 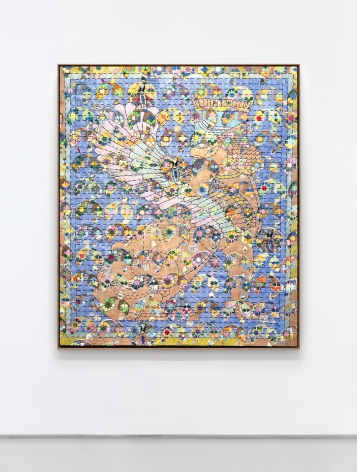 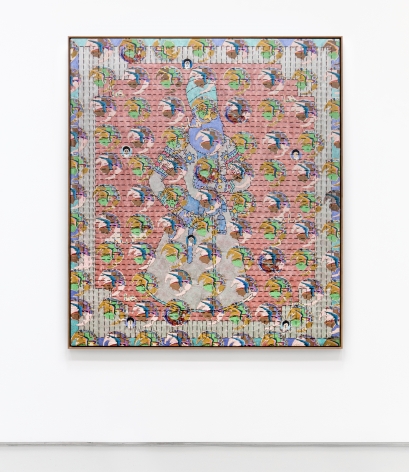 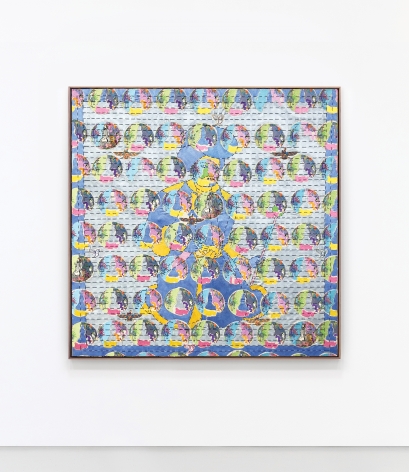 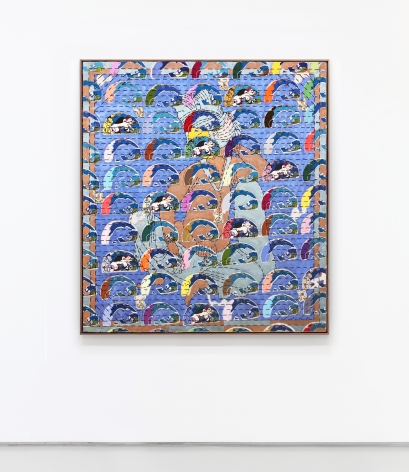 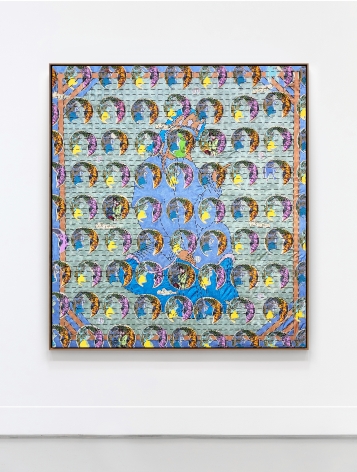 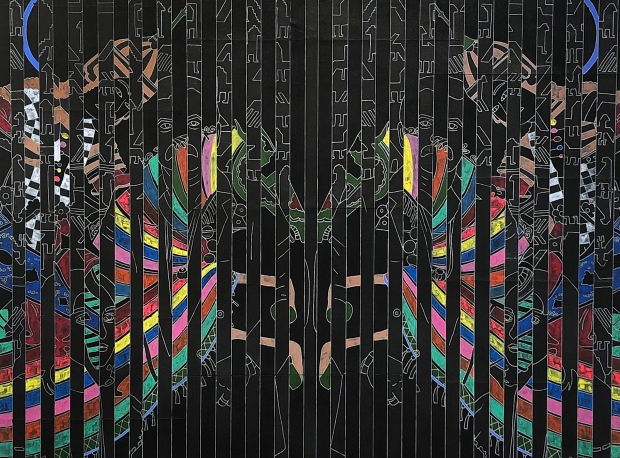 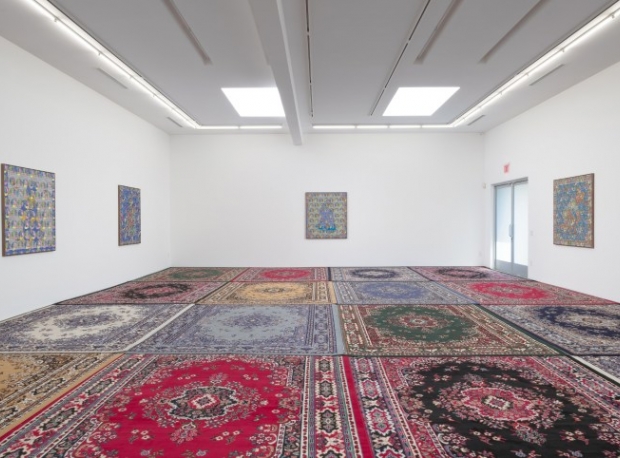 Taken at face value, the six paintings in the main gallery of Ardeshir Tabrizi’s solo exhibition are highly unique, contemporary variants of Persian rugs. Created through the artist’s expert handiwork using acrylic inks and thread, each painting was constructed through a multilayered process of alternately embroidering with silk threads and floss and airbrushing pearlescent inks. The resultant imagery replicates the basic structure of a traditional Persian rug, complete with a central image, allover patterning, and decorative border. Lest we miss the connection, threads are visibly part of the compositions and Tabrizi opted to cover the gallery floor with a wall-to-wall multicolored grid of contemporary Persian rugs. 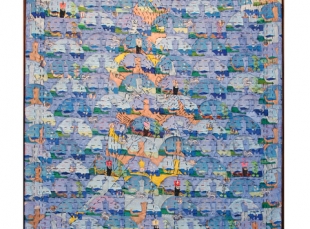 Born in Tehran, Iran, he left the county with his family at age four in 1986 during the Iran-Iraq War and immigrated to the U.S. where they settled in Los Angeles. And while his Americanization solidified through his youth, he had an unforgettable dream in his mid-twenties at the start of his art career that ultimately led him years later to his present-day practice.

Titled “Masjid” (mosque in Arabic), the exhibition is the realization of that dream; the search and discovery of an art practice informed by embroidered narratives and inspired by Persian history and Iran’s modern-day events.

The works are divided into two parts. The ‘paintings’ section is largely inspired by the painted historiography of Iran’s ancient Shahnameh (‘The Book of Kings’ epic poem) and modern-day events. From this and other sources, he borrowed images of storied characters, symbols, historical artifacts, and Persian tapestries owned by his large family, while also infusing personal memories.

Ardeshir Tabrizi’s mixed-media paintings resemble ruins: beautifully crafted artifacts ravaged by time, their condition speaking of past grandeur that can only be imagined.

His six paintings in “Masjid” (Arabic for mosque) at Roberts Projects in Culver City also look unfinished, their sections of bare canvas and the gaps in their patterns suggesting he abandoned them before he completed them.

That ambiguity packs a punch. It makes Tabrizi’s paintings feel as if they do not inhabit the present so much as they are haunted by a past that has all but vanished and a future that will never be more than a fantasy.