The works in Adam Pendleton's newest exhibition entitled History, comprise an intense and comprehensive artistic exploration into the nature of variance, history’s one constant and undeniable absolution: that everything is constantly changing. Possessed of a strange objectiveness, Pendleton explores our culture’s mercurial and often stunningly irreverent fascination with its own trajectory. Pendleton has painted a series of 64 works that are based on 16 images with 4 color variations. These images derive from a multitude of sources including the civil rights movement, the 1968 massacre in Mexico, as well as imagery found in artist’s books. Working in the tradition of collage, Pendleton overlays a variety of imagery including those which are xeroxed or permanently altered. Pendleton works his ideas like a zealot approaches a science project, not knowing finally that the project could result in the end of work, or is in fact itself the end of the world. No matter, since it’s the doing that ultimately satisfies 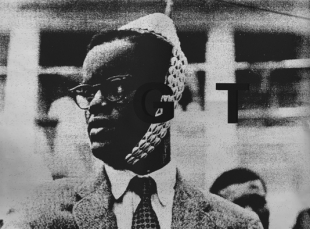