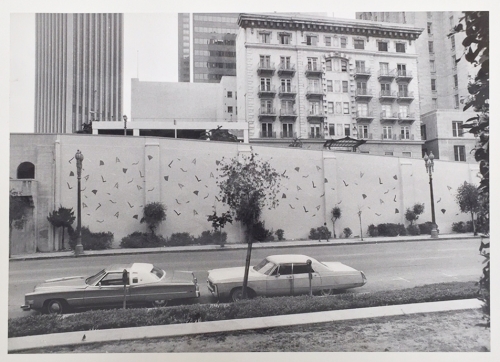 In July 1983, Betye Saar was commissioned to create a large-scale public art initiative for the city of Los Angeles. Entitled L.A. Energy, the joyful mural incorporated several key motifs of Saar’s practice, including collage and the interplay of varying hues to highlight a decidedly Los Angeles color palette. Located downtown on 5th Street between Grand Avenue and Flower Street, its position was highly visible due to immediate proximity to the former headquarters of the Southern California Edison Co. – known as One Bunker Hill – which reigned as the dominant structure at the base of Bunker Hill for decades. L.A. Energy was destroyed in 1987. 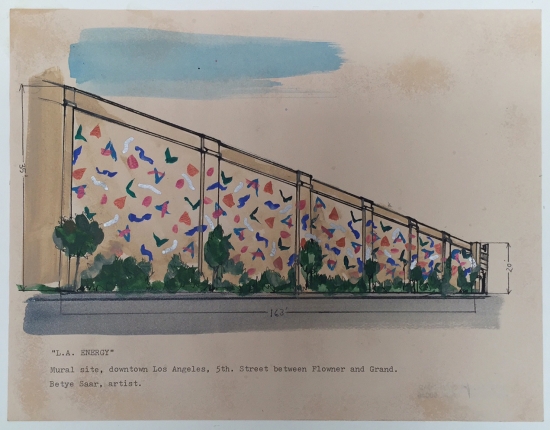 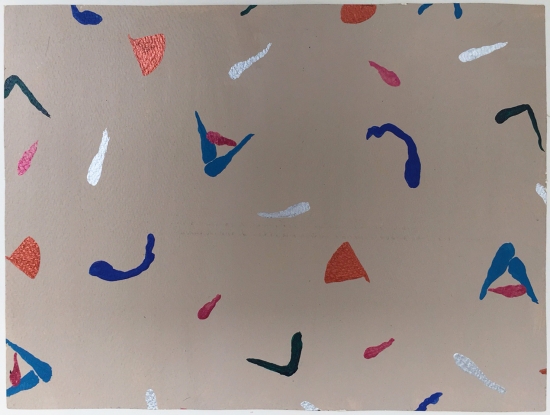 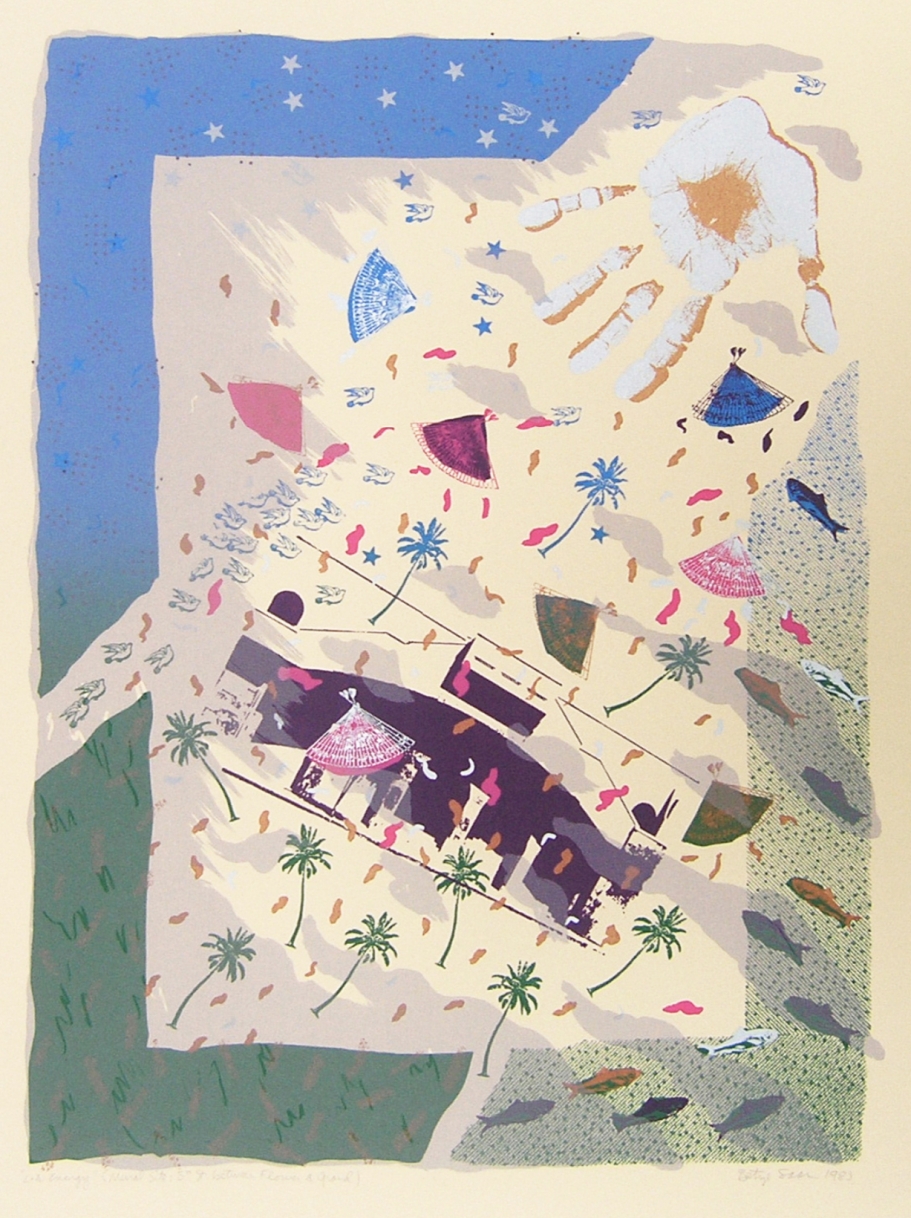 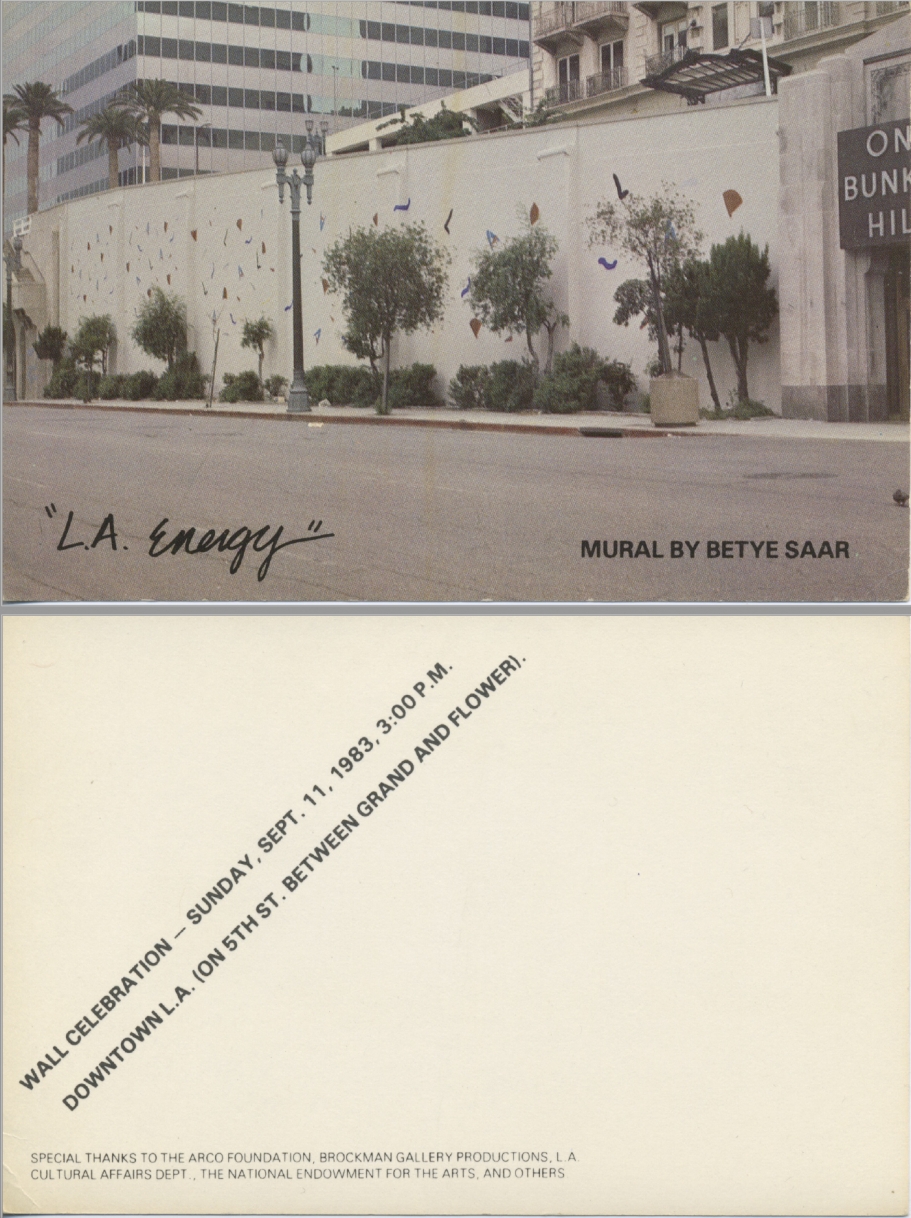