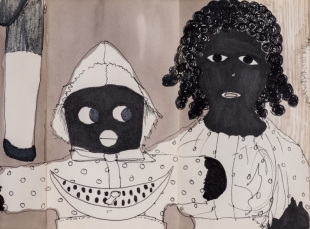 Poet laureate of Los Angeles Robin Coste Lewis reads a selection of poems inspired by the exhibition Betye Saar: Call and Response. She will read from her own works as well as writings by the artist Betye Saar. Robin Coste Lewis is the poet laureate of Los Angeles and writer-in-residence at the University of Southern California. Her poetry debut, Voyage of the Sable Venus (Knopf, 2015) was honored with the 2015 National Book Award for Poetry—the first poetry debut to do so since 1975, and the first debut to win in poetry by an African American. 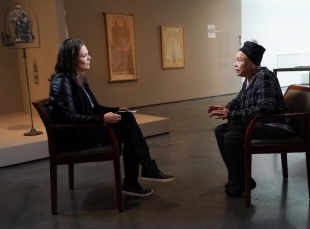 In recent months 93-year-old artist Betye Saar has been cast in the spotlight, with glowing reviews for major shows at New York City's Museum of Modern Art (October 21, 2019 – January 4, 2020) and at the Los Angeles County Museum of Art (September 22, 2019 – April 5, 2020.)  Saar's primary art form is assemblage – sculptures made from found items that she pieces together, often addressing spirituality and black oppression – that turn the ordinary into the extraordinary. Correspondent Serna Altschul reports. 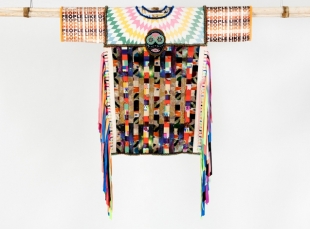 Jeffrey Gibson, an artist of Choctaw and Cherokee descent, incorporates elements of Native American art and craft into his practice, creating a rich visual and conceptual dialogue between his work and the histories that inform it. In Jeffrey Gibson: When Fire Is Applied to a Stone It Cracks, he selected objects from our collection, which are presented alongside his recent work. The resulting multimedia, floor-to-ceiling installation questions long-held institutional categorizations and representations of Indigenous peoples and Native American art. It also provides a context for Gibson’s work and acts as a contemporary lens through which to see historical works by both Indigenous and non-Native peoples. 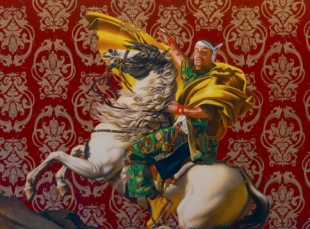 Kehinde Wiley’s triumphant Napoleon Leading the Army over the Alps (2005), a hallmark of our collection, comes face to face with the nineteenth-century painting on which it is based: Jacques-Louis David’s Bonaparte Crossing the Alps (1800–1). The unprecedented pairing of these two magisterial portraits, in the exhibition Jacques-Louis David Meets Kehinde Wiley, also marks the first time David’s original version of Bonaparte Crossing the Alps is on view in New York.